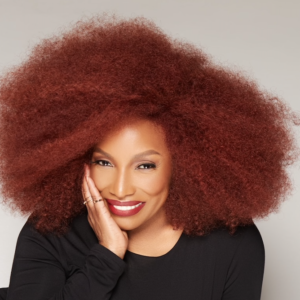 “Whatcha Gonna Do With My Loving”

Stephanie Mills is a Grammy award-winning singer, songwriter, actress and Broadway star. Born in Brooklyn New York, she started singing at the age of three. Stephanie won the competitive Amateur Hour at the Apollo for six straight weeks and made her Broadway debut at a young age starring in the musical “Maggie Flynn”.

This New York native rose to stardom and became a household name as “Dorothy” in the original Broadway run of the hit musical, “The Wiz”. The song “Home” from the show later became a Number 1 U.S. R&B hit for her and it is easily her signature song.

In 2015, Stephanie was cast as “Aunt Em” in the NBC live musical of “The Wiz, forty years after her initial Broadway appearance in the production. The recipient of countless number one hit records to include “I Have Learned To Respect The Power Of Love”, “I Feel Good All Over”, “You’re Putting A Rush On Me”, “Something In The Way You Make Me Feel”, and “Home”.

Ms. Mills have won multiple awards including a Grammy Award, Tony Award, NAACP Image Awards, and American Music Award just to name a few. She continues to do what she loves, which is travel around the country on tour and performing live in front of sold out audiences spreading love and empowering people to be their best.