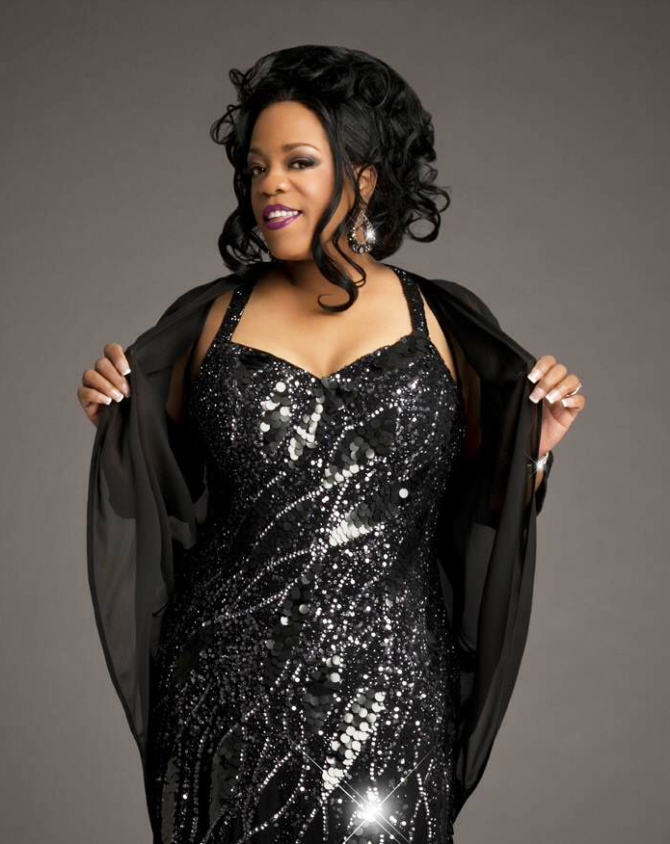 When the immediate dancefloor classic “Shame” (1977) was in its ascent, on its way to the Top Ten of the Billboard Hot 100, it would have been sensible to assume that the previously unknown Evelyn “Champagne” King was among the era’s seasoned background vocalists strutting into the spotlight. Despite its powerful and knowing vocal, the song was the debut of a teenager, one who proved to be just as adept at funk, pop-R&B, and quiet storm soul with the parent album Smooth Talk, the first of the singer’s three gold-certified LPs. While King appeared at the height of the disco era with one of the style’s exemplary hits, the versatility the singer displayed on her first album proved her ability to adapt to the rapidly evolving sound of contemporary R&B. Having achieved and sustained success with songwriter/producer T. Life, King then thrived beside Morrie Brown and Kashif in the post-disco era with “I’m in Love” (1981) and “Love Come Down” (1982), sparkling midtempo jams that topped the R&B and dance charts, went Top 40, and have had as much lasting value as “Shame.” Since racking up nine charting albums by the end of the ’80s, King has recorded less often but has continued to perform. “The Dance” (2008) put her in a small class of artists with entries on the Billboard dance chart spanning three decades.

Although it occurred at the headquarters of an esteemed record label through a familial connection, the discovery of Evelyn King’s singing talent was happenstance. King’s mother and sister had jobs cleaning the offices of Philadelphia International Records. One night, King’s sister couldn’t make it, so King filled in. No one else was supposed to be in the building, but T. Life — a songwriter, producer, arranger, and musician deeply involved with PIR and the Philly scene at large — was in the hallway and overheard King singing Sam Cooke’s “A Change Is Gonna Come” as she worked. King had sung in church and with her siblings and performed with bands that covered Labelle and Rufus & Chaka Khan (two of her biggest inspirations), but she wasn’t intending to land a record deal. After all, she was only 14 years old. Knocked out, T. Life approached PIR heads Kenny Gamble and Leon Huff about signing King. They passed. Undaunted, King and Life recorded a demo that interested RCA after it sat in the label office for over a year. With the support of King’s parents — father Erik had performed with assorted doo wop acts, and mother Johnniea had managed a group — the teenager signed a contract through Life’s production deal with RCA.

Aided by T. Life and many of his Philly associates, such as Bunny Sigler, Dexter Wansel, and members of Instant Funk, King cut Smooth Talk. Propelling the album was the John Fitch and Reuben Cross composition “Shame,” which entered Billboard’s dance chart in October 1977 (at which point King was 17 years old). A sleeper hit, it didn’t reach the R&B and pop charts until six months later, but went Top Ten on both charts, just as it did on the dance survey. “I Don’t Know If It’s Right,” a funkier follow-up written by Life and Fitch, also went Top Ten R&B and reached number 23 on the Hot 100. Both singles were certified gold, as was Smooth Talk. King and Life in 1979 scored another gold LP together with Music Box, featuring a pair of smaller hits with the title song and “Out There.” Sweet Delight arrived the next year but was quickly withdrawn after a cool reception to its incorporation of rock. Call On Me, quickly assembled as a replacement, was equally split between Sweet Delight material and new songs, including the storming “Let’s Get Funky Tonight,” which returned co-writer King to the upper reaches of the dance chart.

Most of the material on King’s 1981 and 1982 studio albums, I’m in Love (number 28 pop, number six R&B) and Get Loose (number 27 pop, number one R&B), were made with Morrie Brown, Kashif, and Paul Laurence, a trio of songwriters and producers that in varying combinations achieved success around the same time with Melba Moore, Howard Johnson, and High Fashion. King was therefore a major factor in pop-oriented R&B’s transition into the use of drum machines and synthesizers — a sound for which her effervescent voice was perfectly suited. (RCA ironically opted to remove King’s nickname from these releases.) I’m in Love and Get Loose brought six charting singles highlighted by “I’m in Love” and “Love Come Down.” Both songs topped the R&B and dance charts. The former reached number 40 on the Hot 100, and the latter climbed to number 17. King released three additional RCA albums on an annual basis through 1985. Face to Face, So Romantic, and A Long Time Coming saw her work with the likes of Solar Records studio mastermind Leon Sylvers III and Foster Sylvers, André Cymone, the System, and Jimmy Douglass, as well as Rufus’ Bobby Watson and Hawk Wolinski, and T. Life again. “Action,” “Shake Down,” and “Just for the Night” all cracked the R&B Top 20. “Your Personal Touch,” carried out by the team of Allen George and Fred McFarlane, peaked inside the Top Ten of the R&B and dance charts. King finished out the ’80s on EMI with Flirt, released in 1988, and The Girl Next Door, issued in 1989. Leon Sylvers III helped her adapt to new jack swing and house, two developments that can be traced through the collaborators’ individual works through the early ’80s. The biggest hit from those two albums was “Hold On to What You’ve Got,” King’s last single to go Top Ten R&B and dance.

King released one new studio album in each of the next two decades. In 1995, with support from the Expansion label in the U.K., she issued I’ll Keep a Light On, featuring contributions from Larry Graham, Billy Preston, Jeff Lorber, and King’s husband, guitarist/producer Freddie Fox. Shortly after that, King herself was featured on Divas of Color’s number ten dance hit “One More Time.” Open Book, King’s next LP, was issued independently in 2007. Its biggest hit was the “The Dance,” which almost placed higher than “One More Time.” In addition to featured roles and headlining singles such as 2015’s “Dance All Night,” King has continued to perform into the 2020s.