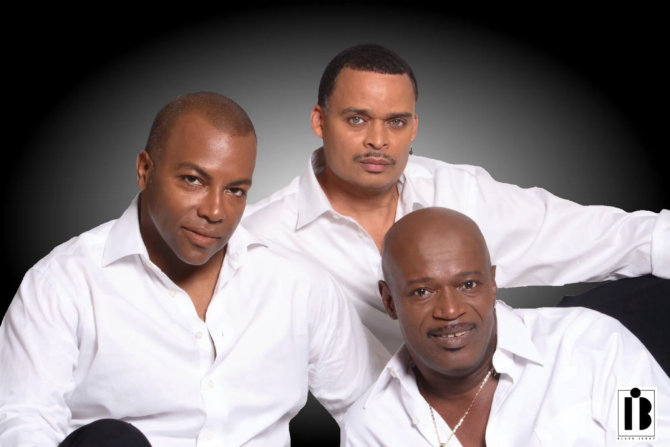 Black Ivory is a Classic Soul / R&B vocal trio founded in Harlem, New York in 1969. Leroy Burgess, Stuart Bascombe and Russell Patterson were just teenagers when they were signed by Perception/Today Records and released their first hit single, “Don’t Turn Around”. This was soon followed by an album by the same name and a string of hit singles produced by the legendary Patrick Adams. These included “You and I” and “I’ll Find A Way (The Loneliest Man in Town). They continued to produce hits throughout the 70’s on Today Records, Kwanza Records and Buddha Records. The most popular of these were “Time Is Love”, “Spinning Around”, “What Goes Around (Comes Around), “Will We Ever Come Together” (written by Robert John and Michael Gately) and “Mainline” (mixed by Michael Gomes) which was destined to become a club cult classic. Most well known for a style of soul which features a male falsetto lead vocal, classic Black Ivory can be compared to artists such as The Delfonics, The Stylistics, Blue Magic, The Moments, The O’Jays, Earth, Wind and Fire and Prince. The group also engaged in a fair amount of musical genre-bending and were no strangers to funk and disco. One of the groups primary creative forces, Leroy Burgess left the group to forge his own legend as the voice and musical genius behind groups such as Convertion, Logg, and The Fantastic Aleems. He wrote the smash hit “Over Like A Fat Rat” for Fonda Rae and has come to be referred to as “the patron saint of Boogie”.Black Ivory’s recordings have been sampled by numerous hip hop artists including Raekwon, Q-Tip, Nas and 9th Wonder. Now, after close to thirty years, the original members have reunited on an album that reflects their growth as individuals and their refinement as songwriters, producers and recording artists. With a rich musical history behind them, Black Ivory steps into the future with Continuum.